Annapurna Circuit Trek has long been praised by travellers as the holy grail of trekking since it was first opened to foreigners in 1977. This 200km plus trail that circles the heavenly Annapurna range has often been voted as the best long distance trek in the world because it combines a wide variety of climate zones from the tropics at 600m to the arctic zones located at 5000m above.

This trail also takes you through a wide cultural variety from Hindu villages, at Terai region to the higher altitude Tibetan culture of Manang and through the formidable Thorong Phedi.

It is hard not to see the reason why travellers are often confused between Annapurna Circuit and Annapurna Base Camp trek. Both trail gives you awe-inspiring views of Annapurna range, Hiunchuli and Machhapuchhre, and hikers will come across Gurung villages. But that is where the similarities end.

As the name suggests, the goal of the Annapurna Circuit is to complete a loop. The trail starts and ends in Taal and is a relatively more strenuous trek than that of the base camp.

The AC’s landscape changes drastically in a comparatively short span of time- from the green cultivated land in the south side of the Himalaya to the arid rocky desert of Mustang that falls on the Annapurna’s rain shadow region. The trail also leads you towards Muktinath, a revered pilgrimage site of Hindus and Buddhists.

This expedition takes you across two river valleys and then to the formidable Thorong La Pass. Touching the edge of the Tibetan plateau at an altitude of about 5,400m/17,760ft, Thorong La Pass is the highest point in your expedition and is one of the greatest challenges you will ever encounter.

Most travellers take the anti-clockwise route as this way the altitude gain is gradual and crossing the pass is safer. Most trekkers feel the effects of this taxing endeavor and so it is very important to acclimatize at Manang to prepare you for your journey.

Taking on this expedition during the winters might prove difficult as the mountain passes are often blocked by snow.

Trekking in the rainy season from July to September is encouraged if you want to avoid the crowds in the summer months. However, your views are mostly obscured by low clouds. There is no need to worry about rain so much as the arid landscape of Mustang and Manang fall under the rain-shadow region of the surrounding Annapurna range.

Why to trek Annapurna Circuit?

Nepal tour guide team recommend that you take the trail from Pisang via Ghyaru to Manang, as the small villages along the route are some of the best examples of well preserved Tibetan culture. These villages also assist you in acclimatization.

The Annapurna Circuit takes you to a height of over 5,460m (17,800ft) and makes you challenge yourself at every step. It dares you. Every glimpse of Gangapurna, Tilicho peak and Pisang peak makes you want to take that extra step. And as you reach the heights, where your senses are focused into clarity, you feel in your deepest of beings that every effort was worth it. This is the holy grail. 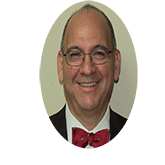 One Week in Nepal With Tour Guide

I recently spent one week in Nepal and Tour Guide Team Trek provided an extraordinary service with an itinerary suited to my needs and interests, including Kathmandu, Chitwan, and Pokhara, detailed cultural and historical explanations when visiting different sites in Kathmandu, and above all, a customer and people-oriented approach to all activities, meals, shopping, etc. Kumar Dahal was my tour guide and it was a pleasure for me to have him showing me his native Nepal. Kumar has excellent English speaking skills and he is willing to take the extra mile to help you have the best trip to this beautiful country. I recommend him and Nepal Tour Guide Team Trek wholeheartedly as the best agency to fulfill your expectations. 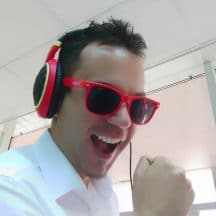 My wife and I had the privilege to enjoy a 4 days long private tour with tourguideinnepal.com. Everything was spot on. We had a private driver and a private tour guide for the entire trip, both extremely polite. I can 100% recommend them to others also. I also found their pricing more than fair. Kumar runs the company, he was very helpful when we put together the custom itinerary. Our tour guide was Suvash, probably the most caring guy I’ve ever met. Thanks for the lifetime experience guys! I only had two nights in Kathmandu and primarily wanted to do a chopper flight around Everest as well as see as much of Kathmandu as possible. Kumar was amazing and looked after me like family. I did a lot of research and Kumar booked the Chopper flight for me and answered any and all questions I had leading up to it. The Everest day was truly one of the best and awe inspiring days of my life. Kumar also took us to all of the must see sights in Kathmandu. He listened to our needs as well as read our body language for what we required. You must have a guide in places like Kathmandu to understand the history and not miss anything and you won’t regret using Kumar – he is the best!! 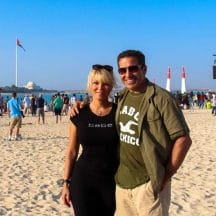 We had the privilege exploring KTM valley with Kumar. He has a way of showing you all facets of Nepal as nobody else will. Not only does he know his country like no other, he also has a special way of connecting you with his culture , people, customs and more like a real tour guide can only do. He is a humanitarian, a good spirit, with a great sense of humor and a heart of gold, someone who CARES about his country and people. You will love the way he guides you and shows you his country. Anything from local foods, to extensive history or just small talk about politics and social issues, Kumar is happy to discuss all. He showed us a side of Nepal, we would have never experienced with a larger bus group. He customized our program to our liking, the way we wanted it, patiently answered all of our questions always friendly , attentive and genuine. We can highly recommend Kumar as your private guide. I have traveled the world extensively (please see my other reviews on tripadvisor) and know the difference between ‘just a guide’ and a true tour director who LOVES his job and connecting with people from all walks of life. Kumar is great in what he does and his personality will make you like him the day you meet. We are still friends and should we return to Nepal, there is no doubt in our minds that we will see him again, not only as our guide but also to reunite with a great friend and human being.

We came to Nepal for just under two weeks in March 2017. My husband and I decided to bring my mom for her 60th birthday as it was her lifelong dream to visit Nepal. But weren’t sure what to do while we were there! Luckily, we found Nepal Tour Guide Team, and after a few emails to Kumar, he set up the whole trip for us. Our trip was incredible, and Kumar was wonderful. From Kathmandu to Chitwan, Pokhara and back, Kumar showed us the whole country, and his knowledge was second to none. He arranged all the hotels, the car and driver, the things we did, showed us great places to eat and most importantly, provided great friendship and conversation along the way! We laughed the whole trip and had a wonderful time. The mountains were beautiful, Chitwan was amazing, and the lakeside at Pokhara was definitely my mom’s favorite part. We’re still positive we had the best tour guide and the most skilled driver in the entire country. Kumar is an incredible person and we made a lifelong friend. Even after coming home, we continue to keep in touch, chatting and making video calls. We can’t wait to go back! 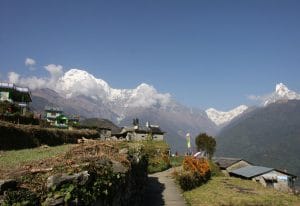 The Annapurna Sanctuary trek takes you into the heart of the Annapurna Himalaya and fulfills every traveller’s desires. This 11-day expedition is intended to take you the sacred region at the base of world famous Annapurna mountain, Annapurna south Poon Hill Trek is one of, if not the most, popular short treks in Nepal. This trek is a perfect alternative for travellers who are seeking a trekking experience that can be completed in a week. This trek allows you to get up close and personal to the mountains Embark on a unique trek that takes you past lush green forests, picturesque villages and terraced farmlands overlooking glacier peaks. Annapurna Base Camp trek is one of the most popular treks in Nepal, and rightfully so because this trail

Annapurna Circuit has long been praised by travellers as the holy grail of trekking since it was first opened to foreigners in 1977. This 200km plus trail that circles the heavenly Annapurna range has often been voted as the best long distance trek in the world